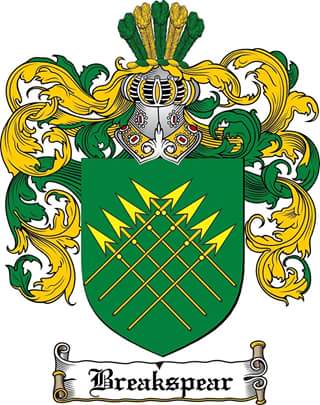 I am not sure if any of this will resonate with anyone, but I have a memory of my childhood which included a dog in the house, this, apparently, never happened. If that was the case how much more of my childhood is made up of thoughts I have. So! I had a little think and realised that most of it is a blur to be honest, some things I remember like they were yesterday and definitely know took place, obviously some I do not remember, and some are just feelings. Feelings can’t lie, I never felt a memory of feelings to the dog, just the dog and stroking it but no emotion. Then I have feelings that I cannot ascertain to a particular memory or memories. They are there, they are real. Another thing with feelings and something I tell others, is that you should never apologise for your feelings, they are personal to you. With that in mind I will continue.

This isn’t meant as a slight at my parents or my siblings, it was how I felt, I don’t know why I felt like I did but I did.

I have never really felt as if I have belonged to my family, a thought I carried with me into later life. So! anything that happened that made me feel left out was multiplied and re-enforced my feelings of isolation from the family unit. I don’t know why that was and I probably never will. I am the youngest of six and my mum and dad had just hit their 40’s when they had me. It’s funny but I had joked for years about there being hardly any baby pics of me. Of course reasons were given for this and no doubt valid reasons, did this fuel the fire? I was always being compared to my siblings, especially through school. “You’re not like your brothers, or your sisters” I remember thinking then that ‘No! I’m not I am just like me’, was that why I wanted distance, I pushed for it? I used to be a member of a youth club years ago and played for the football team. I, for some reason, had told the youth club my name was Tony Breakspear, first named changed but not my surname, strange when thinking identity towards my own family, why not the surname surely that was the link?

My middle name is Ronald, My dad’s brother, therefore my uncle, god rest his beautiful soul, his name was Ronald. He was shot out in the Middle East, Aden to be precise when he was only 18, he was brought back to England but unfortunately passed away from his injuries. Now onto Uncle Rolly, who along with Auntie Avril, had three children Karen, Dean and Paul. Personally, I had always believed they had four children, Me!. I really did feel that strongly about it, of course it wasn’t true but I could never totally dismiss it. As you may be able to imagine, this left my mind in somewhat of a confused state, some will argue it still is. It left me with a feeling of not belonging anywhere, again!, even to this day. Things have taken place over the years that have estranged me even further, if that is the right word, and deepened my lack of identity. I, to a point, was able to deal with some of the issues with a psychiatrist and clinical psychologist, also in therapy and through counselling. You see no one knows me but me, they only knew what I wanted them to know; saw what reactions I had, read what was written and rumours. No one ever really asked or wanted to listen, so I kept most things to myself. I am not blaming no one, we were kids, and I carried the scars forward and maybe distanced myself already affecting the fractured relationships. This isn’t about blame it’s about feelings.

Karen, Dean and Paul had their own children, everyone grew up, live took over. Dean and Paul were my role models growing up, I had always had a feeling closer to those two than my own brothers, especially Paul. Paul, and his now ex-wife, the lovely Eileen, had four children of their own Stacey, Clare, Paul ‘Skid’ and Kirsty. If I saw them it was maybe three or four times over the years at weddings, funerals etc… Yet, as with Paul, I have always felt an attachment, don’t know why, again a feeling. The 24th January is a very sad day for this wonderful family, as in 2009 Paul ‘Skid’ Breakspear was sadly taken. I wanted to put up a post in Paul’s ‘Skid’ memory and used a photo from Clare, when it appeared in my album, it gave me a shock at its position and the way it looked at first as if Paul ‘Skid’ was siting next to me, see for yourself: 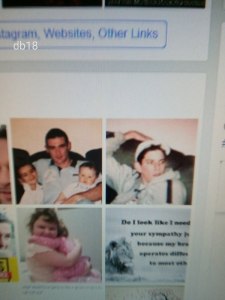 I am at the top in a photo taken in 2003, with my sons, Taylor and Reece, then to our right is Paul. I felt compelled to send this to Clare, it turns out it was probably the best thing I have ever done in my life, because Clare does not know any of this story, in fact, save professionals, no one does it makes it even more special, Clare and myself were exchanging messages and I had two messages from Clare that have totally changed my life and I know feel as if I have an identity and belong. I will finish now and leave you with the two comments that have had such a profound affect on my life.

“u and my dad were like brothers, I’ve heard the stories, little shits”

“Well, dad thinks of u as his brother, so don’t u ever forget where you’re from, u are a true Breakspear and we all love you lots, keep the positive vibes cuz”

Follow Journey of a reformed man on WordPress.com
Join 2,862 other followers