No doubt some of you will understand the title of this blog, however, I will explain in case others do not. L85990 was my first prison number, given to me at the start of my first sentence in August 1985, 4 months, doesn’t sound much now but that was the maximum you could be sentenced to for DC. I say prison number, it was in fact a detention centre where I had my first taste of jail. Short, sharp, shock they called it and boy they wasn’t wrong. This was at a time when you really was only a number, which is why, over thirty years later, I remember it as well as my date of birth. In fact I even remember my one after, P70800, my, if you like, first actual big mans prison number.

“Big mans prison”, could be taken the wrong way, back then we had a three-tier system. Detention centre’s were for the under 18’s, and if anyone else served in one you will know how barbaric these places were, yet strangely, given the short, sharp, shock tactics, after three weeks I actually enjoyed it. Maybe I knew that these types of institutions would become my second home for the next three decades, I went in a boy and just over three months later I was released, a month after my sixteenth birthday, as an extremely fit man but with bucket loads of bitterness. Discipline and routine every day, and boy watch out if you diverted from it. I am not saying the treatment we received was right or wrong and given the fact I am writing this over thirty years later after not long being released from another sentence I can’t really say it worked either. One thing I can say is that it certainly, without me knowing at the time, gave me the right tools to get me to this point regardless of the path I took. From the moment we awoke and made our bed packs to the moment of lights out at 9pm it was full on. It was also the time that was seeing the end of detention centres. Blantyre House was closing and it’s residents being placed in two separate DC’s, HMDC Send and HMDC Eastwood Park (both now female jails). I was sent to Eastwood Park in Falfield, Wooton-Under-Edge, Gloucestershire with only a week left. The system has always tried to change from one thing to another, yet ironically, even after the April 90′ riots, not to the benefit of the prisoner.

Looking back, I believe the path I took was predetermined, you may think this yourself as you read on, who knows? Well! I believe it and that is really all that matters. The juvenile court didn’t really have any choices left when sending me to Detention Centre  they had exhausted all other avenues, I am not proud or bragging but I was, along with a few mates, probably responsible for 70% of the local crime rate, though house burglaries wasn’t, hasn’t and never will be a part of my life. In fact prior to this sentence I was put into the care of the local authority, a resident of Glebelands children home in Harrietsham, Nr Maidstone, Kent. My first taste of being away from family and friends, that’s if you don’t count the 10 days I spent in Llanberis in North Wales as a guest of probation embarking on a Duke of Edinburgh Award, was this trip in fact the start of my independent learning journey!!?

In 1983 they changed Borstal to Youth Custody Centre’s (now known as Young Offenders Institution) , in 1986, 87, 88 I had a taste of this new regime, let’s say the images of the Ray Winstone film ‘Scum’ was not artistic licence at the time. Youth Custody would take young men!! up to the age of 21yrs 10mths, unless you were physically or emotionally older than your years, then a process of being ‘Starred Up’ would happen. This is where a decision is taken, regardless of age, as to the suitability of holding the individual in a youth custody setting, if not they would be stared up and sent to “Big man’s prison”. In 1987, I went on a bit of a tour that included HMYCC’s Rochester, Chelmsford and Dover, in between this I was held at HMP Canterbury, ‘B’ wing, on the fours, which was known as the YP (young prisoner) landing, I was 17. They talk about overcrowding now, well in HMP Canterbury in ’87’ I was sharing a cell, designed for one, with two other guys 23 hours a day, a bucket in corner, good old days of slopping out, not just your waste but your co-occupiers as well, taking your place in the queue for the sluice, then straight down for breakfast all, before 7.30am. Even if Jeremy Kyle existed in those days I still couldn’t have watched it, then again couldn’t listen to FM radio either, MW & SW was all we had then, PP9’s were priceless. If you know you know.

Cup of tea anyone?, Kettle kit: again, if you know you know 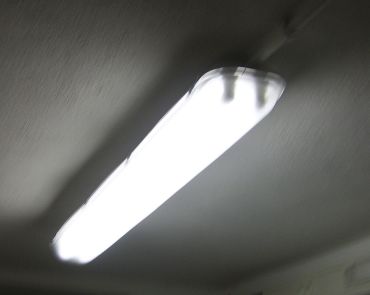 Piece of useless information coming up, it was decided in 1989, by the then Home Secretary, Michael Howard bless him, that in cell televisions would be provided to prisoners, however, it is my knowledge that the first TV to be provided to a prisoner was in 1993 in HMP Brixton, some four years later, this was more to do with the said riots of 1990 though, had to be seen to be doing something positive for prisoners seeing as though all other recommendations were to do with security. Excuse this minor digression, normal service will now be resumed.

So why ‘Big man’s prison’? as young prisoners we were shit scared of real!! prison as we saw it, yet there was no difference, funny how we make assumptions. I learnt a hell of a lot in my short stay as a 17-year-old in ‘Big man’s prison’. I am not sure how much they utilise police stations these days but it was the norm back then, due to overcrowding, to be locked out of prison, yeah we thought it ironic also, and to wait in a police station for a few days for a space to become available, four days was the maximum consecutive time I spent in a police station waiting to get back into my jail. I was on remand for around five months prior to being sentenced and probably spent, in total, 21 days in police stations due to lock outs. During the four days I mentioned, I was fortunate to be sharing a cell with an experienced con who imparted a lot of his knowledge and I lapped it up, in fact I probably learnt more in those four days than I ever did. Not only did I learn how to do my ‘bird’ I also understood the importance of helping and educating others.

Now! because I feel that everything was predetermined, I can say that I have been privileged, yes privileged, to have experienced virtually everything the system had in its arsenal. I have, in one form or another, been a part of the criminal justice system for thirty-eight years. I have a history that incorporates various institutions such as: a secure unit, children’s home, detention centre, prisons and a mental health hospital. I have experienced many personal tragedies both in and out of prison. I am not proud of some of my history however, they are simply just facts, facts that illustrate my levels of understanding, facts that describe the depths of empathy I have at my disposal and facts that show the experience I have, and the mistakes I made, and do you know what? I wouldn’t change it for the world because without it DRB Support would not exist, nor would this blog.