The year it started, but I can never remember how, not that these days I try to remember too much of this period of my life. In a way, outside of therapy, I have not gone into so much detail as I will now.

It was just after my eighth birthday, I had a liking for airfix models, been using the toy shop for a while as it was literally just down the road, not even 100 yards away. The owner’s name was Richard as was his son, though the son had grown up and left home. I used to get the odd freebie as did my mate PD. Obviously that was when the grooming had begun, his son must have been in his thirties, and yet his old room looked set up for a ten-year old, he used to say about the room and would I like to see it, well what eight year old in them days would say no, imagine also the adventure of going upstairs above a toy-shop. At my Nan Dando’s house we always went in the basement which is where my nan and pops spent most of their time, there was this door that led upstairs, it also had a thick curtain on it, don’t think I ever went exploring upstairs there. So, this was a bit special for me to be able to do, but that’s when the rubbing and the touching started, then once, he had left me in the room by myself and had gone in to the main room, which is the two windows above the shop. If I could draw I could do an exact replica of that room, in fact the whole shop as well, and the smell, that will also never leave me. Richard called me in to the main room, the door opened inward and behind the door was a sofa, he was sat on the sofa right behind the door with his dick in his hand slowly masturbating, then told me to do it to myself, I didn’t know what to do, before I knew it he had taken mine out and started fucking about with me, then grabbed my hand and held it round his dick, with his hand over mine so I couldn’t move it away. That was the pattern mostly, down stairs in the shop at the back was two doors, one leading to cellar to the left and in front one to a store-room, occasionally something would happen in there too. Now!!, you’re probably wondering why did I keep going back? 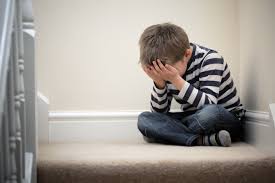 A question I still haven’t answered myself some 40 years later. It gets worse in a way I suppose. I don’t know how we knew about it happening to each other but we did because we came up with a plan. This was late 77 so the shop was old-fashioned and it had a bell over the door that rang whenever it opened. Where the door to the cellar was, there was a slight recess. Richard was hardly in the shop if there were no customers, the bell would ring and he would come from upstairs. So my mate, PD and I would walk into the shop together but one of us would hide in the recess before he came from upstairs, the other one would be looking around as usual then no doubt be invited upstairs, the one who was down stairs would then nick a few bits, wait for a bit, then walk out the door thereby ringing the bell, he would have to come down, so did whoever was up there and able to leave before anything happened. This plan obviously didn’t last for long and he knew what we was up to, caught us and took us both upstairs, that was the last time we ever went back. We then drifted apart. I made new friends, so did he. I never told a soul the full story until 2008, a counsellor called Rose, Canadian lady, over 13 one hour sessions while I was in HMP Norwich, second time was a clinical psychologist, Darren Spooner, in 2010, the third time, just now!!.

As I mentioned in chapter one a couple of years later I contracted meningoencephalitis, I wasn’t aware at the time that I had probably caught it from my older brother Kevin who had mumps, in fact it was only recently from my Aunty Lorraine I knew what happened. As a ten-year old boy I blamed my illness on allowing myself to be abused.

In the next chapter I’ll go further into that. Sorry if anything I have written has upset anyone.

Follow Journey of a reformed man on WordPress.com
Join 2,861 other followers