I am not aware of how other, former, prisoners who were also once listeners, or even prisoners now, feel in respect of talking to someone else themselves. I always found it an awkward position to be in, especially as I was involved in the training of listeners as well. It never felt right to get on the bell and speak with someone, who maybe the week previously I was helping to train. The Samaritans I also felt difficulty in talking to, again because of how I would be perceived. Totally irrational thoughts to have, I agree, but thoughts I would have nonetheless. Now, that could be taken as quite a negative statement to make, and remember I can only speak for myself, but it actually helped me. It helped because it, in a way, forced me to find other ways to cope, find other mechanisms besides talking through my issues with someone. Not only is the pen mightier than the sword, it can also be used a conduit to release feelings and emotions.

I’m not saying the technique of putting pen to paper is for everyone, nor am I suggesting it happens over night. I taught myself to allow the ink of the pen to become whatever feeling or emotion was bothering me at the time, and that every letter, word, sentence and paragraph would be a release of said feeling/emotion, which I would leave on the paper. (or the lead of the pencil – felt of the tip, or tip of the felt didn’t sound right –  depending on what was available at the time).

Seven months ago, it was a technique that I would once again call upon. One of the things with mental health is that you don’t know when that black dog wants feeding. I had crashed in a huge way, no rhyme or reason, just dropped like a brick. It wasn’t good, I wasn’t good.

It was early hours of the morning and for once Facebook provided a benefit. I have a friend in America, she’s an amazing author in the paranormal genre, Her name Is Nikki Luciano (I’ve included a link to Nikki’s website at the end of this blog). Due to the time difference it was evening in America, and though Nikki wasn’t aware of my situation, we had a deep conversation, this conversation then influenced me to, not only write down my feelings, but to do something creative with them. That’s how ‘Lost Inside’ was born, from my near death. The track I created, which I’ve published here, is based on schizophrenia. Those voices that try to control your soul, unless you control them.

This was the original text I posted with the track at the time.

I wrote and produced this track not only through the early hours but also whilst in an extremely dark place mentally. In fact you could say producing this track possibly saved my life. I would like to dedicate this track to a good friend, my sorella, Nikki Luciano who gave me the inspiration to not only create, but also to live. Without even knowing. Thank you Nikki.

This is the Link To Nikki’s information: 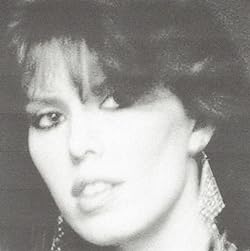 Follow Journey of a reformed man on WordPress.com
Join 2,864 other subscribers.